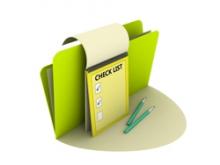 Here's a Catch-22 of building up a big list on Twitter: You want to build up a big list on Twitter so that you can interact with your audience. But after a while, once you are following thousands and thousands of people, you can no longer pay attention to what they are saying. Worse, if you have made some good connections on Twitter, you are going to miss what those people are tweeting most of the time.

Also, you are likely to have different categories of people that you follow: customers, friends, family, industry leaders, etc.

Twitter has introduced a new list building feature that allows you to address these issues, and it can be very helpful to business owners.

You can build multiple lists and put people into different categories. Be careful how you name your lists, especially if you make those lists public. The name of each public list will be viewable to everyone, so come up with a professional name like "business contacts" rather than "boring business stuff".

You can use the Twitter search feature to search for people by name or keyword phrase. If you want to follow Coca-Cola, for instance, or The Dog Whisperer, you can find them by searching for them. When you search only by someone's Twitter ID, if it doesn't match their name you search will come up empty.

Example: My Twitter ID is @kamaron_org but tool requires you search by my name which is Margaret Ross.

Another benefit of the list building feature is that it's a new way of seeing who is influential on Twitter. At the top of everyone's Twitter home page, next to the number of followers, is the number of lists that they are on. The more lists someone is on, the more people are choosing to pay extra attention to their tweets.

We will probably see the list numbers correlate to the number of followers. I'd suggest considering other people's feelings and your competition during your list building process.

Also, you can choose to follow OTHER people's lists, which means that you can follow everyone that someone you admire follows or that someone influential in your industry follows - or that a competitor follows.

Once you have built up lists, you can click on each list to see the most recent tweets from those you are following. You are much less likely to miss your favorite Twitterer's updates now.

It also makes it easier to keep track of industry leaders and competitor's tweets. Remember, your competitors are very likely keeping track of what YOU are tweeting, so you will want to do the same with them.

There is one disadvantage to the current version of twitter list system. You can't put lists of tweets side by side as you can with other twitter applications. This means that you therefore have to click on each list individual to see what your favorite Tweeters are up to.

The many time savings advantages of the new Twitter list feature by far make up for the disadvantages.

Retweet this artilce and link with other social bookmarks to benefit other people.

Margaret Ross, speaker and writer, grows and encourages people in business and in their lives. Ross is CEO of the Kamaron Institute, a leading management consulting, training, and market research communications firm. Margaret is the editor of Kamaron PI, the Positive Impact blog, host of Telly award winning Success Class and is a regularly featured guest on America’s top radio shows