A Twitter Media Mystery: Are recent studies missing the mark when they describe the person using Twitter as "likely to be 25 or younger"? As a very curious person, I'm wondering if another story theme might results from asking the people who tweet the right questions in the right order. 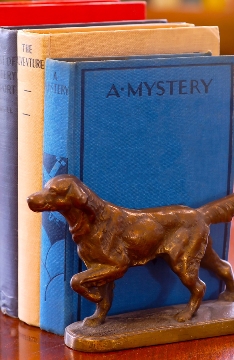 The questions in order of importance would be: 1) Why Do You Tweet? 2) How often? and finally 3) What age group best describes you?

Are you ready for the real truth? Invest 30-45 seconds to participate in a poll to solve one age-old mystery for the working media. After you complete the poll, pass the mystery quest on other who tweet today

Like me, if you are also a business person who 'Tweets', recent national studies appear to be overlooking and missing us. Perhaps we're like people of Whoville whom only Horton can hear (Horton Hears A Who by Dr. Seuss). The Whos had to unite their voices to be heard. These survey results might be us shouting "We're here! We're here! "

Two Ways Studies Might Have Missed a Connection or Insight

I'm wondering if we asked someone WHY they take the time to Tweet and then ask a demographic-type question such as age; will we find something fascinating?

Sample Size. Polling enough people increases the strength or your survey or study results. The number of people is known as the sample size. The larger your sample providing information such as age in comparison to the overall population, the more accurate your answers will be.

1) Study One: Focused on Twitter users and reported vast majority of Twitter users are under age 25, but noted that the number of people who reported their age was too small to be considered accurate.

2) Study Two: Focused on three social media networks. The reported age related demographic information was reported as follows: Ages 18 to 34 on Facebook, Ages 15 to 34 on Twitter, and Ages 18 to 44 on LinkedIn.

Reminder: Are you ready for the real truth? Invest 45 seconds to participate in a poll to solve one age-old mystery for the working media. After you become part of the poll, pass the mystery quest on 'others who tweet during. #Follow Friday or perhaps #FollowFriday Mystery.

If you like this article, ReTweet it to help others.